I WOULD VOTE FOR DIE LINKE MICHALIS CHARALAMBIDIS

I WOULD VOTE FOR DIE LINKE

I WOULD VOTE FOR DIE LINKE

Our convergence with Die Linke is an expression of our mutual respect for human life but also our determination to defend it.

Both for the past and the future.

Asia Minor is a country-prison. It is suffering a new genocidal cycle and Europe remains silent.

Politics is a convergence of values, ideals.

Die Linke's stance on the Pontian Genocide is of great historical significance.

Unfortunately, Politiki in Greece was assassinated in the 90's – 2000s by the alliance of insufficient micro politicians with para-institutional lobbies; hence, the Greek Logos was, and still remains, weak in Brussels, in Strasbourg, in Athens itself.

But these issues will now be on Europe's political, educational and moral agenda. Their concealment, and tolerance of violence belong to other historical eras.

Die Linke expressed the change of a historical era. 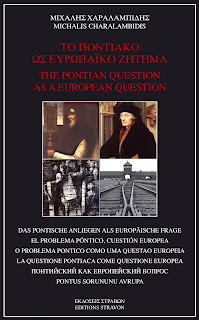 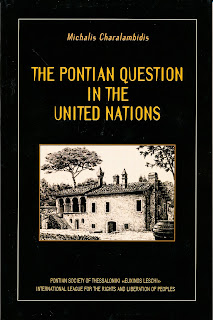