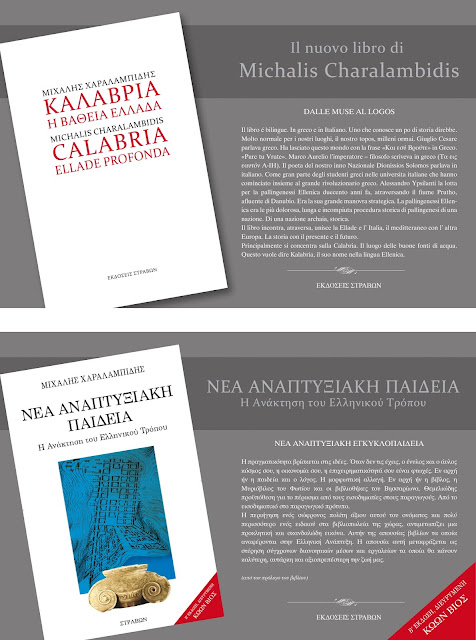 I TEMI IN DISCUSSIONE

The fifty of “Le Monde”

Where there is guilt there is also silence. That is why the land of Asia Minor and the Hellenic-named rivers, that of the Euphrates and Tigris; it is the land of silence. One sporadically takes sketchy, belated, ephemeral and melodramatic glances.
It is well known that I don't like epilogues. You all know my prologue. You read it. A huge number of young people discovers it these days online. It acquaints once again characteristics of prophecy.
For this reason, I will make only few references to the fifty of “Le Monde”, if I am not mistaken.
The fundamental issue is not called Moria. It is called the “Turkish Problem”. This creates and provokes a permanent, eternal land of refugeeing (prosfygia). This is the name I gave to Asia Minor when I started my interlocution with her.
A historic place that lost its name-identity.
The disease, the cancer is the Turkish Problem. Whatever has to do with Syria, is its metastasis, which has reached as far as Libya.  It has reached all the way to Paris, by murdering three swallows of the Kurdish Spring, the only true but hushed up, hidden Spring. The three women of the Kardousians of Xenophon. The Kores-Daughters of Ocalan.
It is also called the New Eastern Question. Rosa Luxemburg has talked about the Old Eastern Question. I translated her texts in Greek in the early '80s. I dedicated the book ‘Aspects of The New Eastern Question’ ed. International League for the Rights and Liberation of Peoples’ (out of stock), to my Master, Lelio Basso. I wanted to transfer humanism and internationalism from the Alps and Mount Olympus to Ararat. I am delighted to remember Pietro Ingrao's enthusiasm about my approach.
It is also called a “totalitarian low-intensity warfare” that has been systematically implemented by the accused, racistic, genocidal, Kemal-Islamic caste, against Greece for decades now. Initially burning the forests of the islands of Ionia, Chios of Delacroix’s and Attica. Now - they've been planning it since 2008 - they are bombarding us with human beings; they are masters in this and in slave-trafficing. All universities like Athens’, Sorbonne,  Berlin,  had to have at least a hundred doctorates for this. Instead, they have many hagiographies of the Ottoman and Kemal monsters.
‘It’s too much money" a phrase from a very good Greek film says. Also a lot of servility, of course.
Le Monde’s  text authors, through their silence they risk becoming apologists for the slave-trafficing, mafia-type, war-path and beyond. The Humanitarian Road, the road of asylum which is worth one defending, is Ankara-Berlin, Istanbul-Rome, Izmir-Paris. Not the Aegean Sea, the Mountains and Rivers of the Balkans and Central Europe, so "to break the ribs of Greece at the same time". The latter became a habit.
Let’s be brief.
Humanism is synonymous to Logic. Cacciari knows it. Vissarion of Trapezounta, a great European, knew it and  he was warning us about what was happening.
Of the modern Europeans, Lelio Basso knew most, because he had a global perspective on the world. Neither a Eurocentric, nor a nationalistic corporativism. I will elaborate further.
Humanity and Internationalist Solidarity are not ex-ante doom and gloom.
What is missing in Brussels, Berlin, Rome, Paris is the Political Logos (Discourse). Politiki is absent from multiple preventive and healing expressions and dimensions of it. European political presence is absent, with all that this implies. Let’s be intellectually and politically honest and serious.
Unfortunately, in Greece politiki was assassinated in the period 1996-2000-2004 and the Kakistocracy was imposed. It has long been an international spectacle. Then, came the fires, etc.
Maybe Castellina, Cacciari, Marramao could start a discussion (logos), in Rome, Venice, Naples, Messina. Institutions of discussion, exist; however, logos is absent. There are spots, flummery, guilty silence, minced words and crocodilian tears. The Logos, however, presupposes Truth, and Parresia, just borrowing  a word of Pope Benedict.
In Greece we are on a historic turn. After decades of darkness the True Logos returns. After all, we are all Children of the Theater of Dionysus.
For local signatories, no comment.
Michalis Charalambidis
Aixoni, March 2020 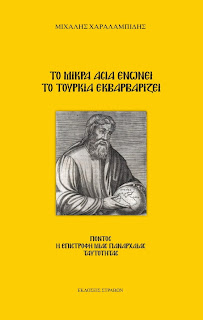 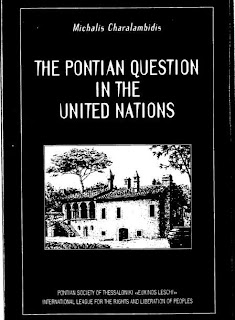 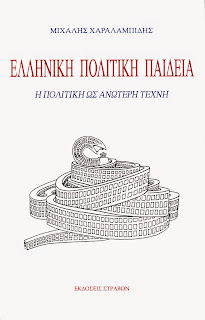