They were provocative, not just inelegant; the voices, the promptings, the toned cries rather than statements of the European Administration after the vote in this (the Hellenic) parliament. I read those from Luxembourg, Poland, Italy. These people proved to be unaware of their role and the institution they represent. Their behavior is alien to the European institutional constituencies. Of the European way after 1945. 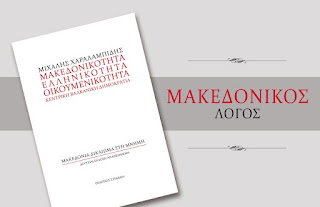 A serious person should have hold them back, bring them back to order. Unfortunately, however, in the E.U. there mature people, the wise ones, are no longer present. None from the previous generations would behave in this way. The conclusion is that these people were in favor of the 1%, a state-sponsored crust and against the overwhelming majority of the Greek people, of the 99%. They were associated in order to legitimise from the outside procedures not just of worthlessness for the political life, conditions of pulverization as science inscribes, but essentially putschists. In Athens, after an annual cycle of unprecedented autocracy and violence, we ended up with a coup d’ etat in the parliament. Pulverization of politics is one thing and δdemocratic representation is another. It was this pulver that voted, not political subjects.

The topic yesterday in the parliament was about Democracy, not Makeδonia. Democracy had to defended by a serious and responsible European administration.

National and European priority should have been development, not Skopje. Tear gas and development do not go hand by hand. Skopje was, and still is, the priority of others; not of the Greeks.

Very soon, the Greek people will dismiss with great contempt this comic kakistocracy imposed upon the country.

Unless they forbid us to vote. To «break the sides of Greece and the Greeks». Mogherini knows what I mean.

So Washington and Brussels had better do their best to get them a job. Soon I will suggest them some. The socialist international (I read something about it) has faded out finally. Her last remnants were the Kemalofascists Cem and Baikal, the belovers of Hitler's teacher; also friends and comrades of little-George.

They are probably suitable for other kinds of mechanisms.

THE PUTSCHISTS WILL NOT MAKE IT THROUGH
Αναρτήθηκε από Michalis Charalampidis στις 1:24 π.μ.